On January 13, 1993, 10 year old Amber Hagerman was abducted from a grocery store parking lot in Arlington, Texas. The only description of her abductor was a male in a blue truck (NBC News). Though her story was widely covered by the national media, Amber would not be found alive. Her body was found on January 18 and her murderer has never been identified. From this tragedy, Dallas Fort-Worth area broadcasters established a coordinated communication system with law enforcement to inform the local public if a child had been abducted. The system was called America’s Missing: Broadcast Emergency Response, or AMBER, and started as a local alert but has since been adopted on a national level (NBC News). 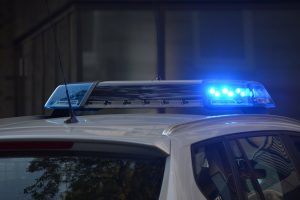 Per the 2015 report from the DOJ, the AMBER Alert system is
“a voluntary partnership among law enforcement agencies, broadcasters, transportation agencies and the wireless industry to activate an urgent bulletin in the most serious cases of child abduction. Broadcasters use EAS to air a description of the abducted child and suspected abductor….to instantly galvanize the entire community to assist in the search for and safe recovery of the child” (Amber Alert, 2015, p. 5).
Although it is difficult to come to an accurate number of how many children go missing every year, the FBI’s National Crime Information Center’s annual report on missing persons noted 443,053 juveniles under 18 had been reported missing in 2016 (NCIC). The National Center for Missing and Exploited Children, or NCMEC, listed the top reasons children and juveniles go missing as runaways, family/custodial abductions, and lost or injured children (NCMEC). Non-parental/custodial abductions are the least frequent reported reason for missing children, however they receive the most attention (Griffin, Williams, Wooldredge, & Miller, 2016).

In 2003, President George W. Bush signed the Prosecutorial Remedies and Other Tools to end the Exploitation of Children Today, also known as the PROTECT act, into law. The PROTECT act was created to address the need of having an emergency alert system for missing children that coordinated national, state, and local programs (Amber Alert, 2015; Griffin & Wiecko, 2015).

This made the AMBER alert the official alert and broadcast system for the US, created an AMBER alert national director, and developed criteria and “guidance for issuance and dissemination of AMBER Alerts” (Amber Alert, 2015).
The AMBER alert website lists the criteria as:
“1. There is reasonable belief by law enforcement an abduction has occurred.
2. The abduction is of a child age 17 or younger.
3. The law enforcement agency believes the child is in imminent danger of serious bodily injury or death.
4. There is enough descriptive information about the victim and abduction for law enforcement to issue an AMBER Alert to assist in the recovery of the child.
5. The child’s name and other critical data elements, including the Child Abduction flag, have been entered into the National Crime Information Center, known as NCIC, database.”

Posted in Uncategorized
Thank You For Referral

Thank you for your referral.